On September 12, 2011, I issued a press release calling on the immediate removal and environmental clean-up of the abandoned Englee Fish Plant. It is now October 6, 2011 and no action has been taken by Government. They continue to ignore the issue, claiming there is an ownership issue. There was no ownership issue when the Government accidentally expropriated an asset (Abitibi Mill) in Grand Falls Windsor, only to leave us the taxpayer footing the bill for the clean-up and remediation of upwards of $200 million. This is a very serious matter, one only has to look at the image below to see this property is being pulled into the mighty sea, causing dangers and matters of public safety. 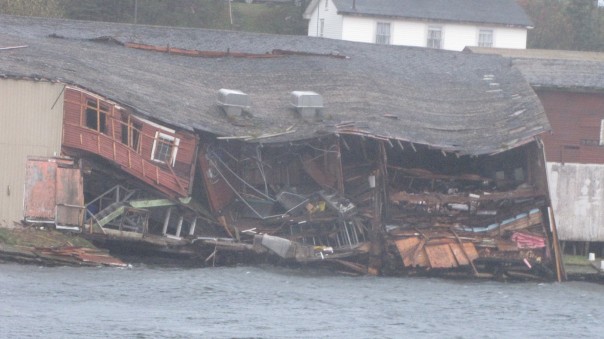 Since the issue of the press release, there has been an online petition created (http://www.petitiononline.com/Englee/petition.html), additional coverage in the media from Northern Pen, CBC Here & Now and St Anthony News. It is quite evident that this demolition can not wait any longer. It is self-destructing and imploding each day. 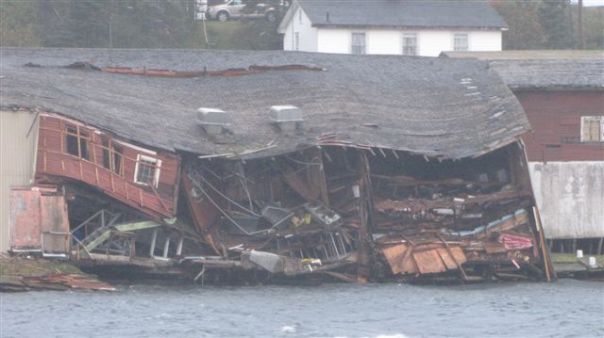 This matter is long overdue for removal. Englee wants to move on and move forward. It’s Time…