“Look Up, Way way up” – is a line I remember from the Friendly Giant. It is fitting in New York City where the skyscrapers are far-reaching. A visit to the 102 story Empire State Building – currently the tallest building in the City, stands at more than 440 metres. We took the elevator up 86 floors.

The skyline of New York City is breathtaking. The buildings seem to go on for miles at 360 degrees. It is not my community where if you do look both ways – you could see it all.

We arrived at the top as the sun was setting and darkness began to fall. The sky had magnificent hues of yellow, orange, red, pinks and blues as the lively city began to turn on its ever so bright lights! 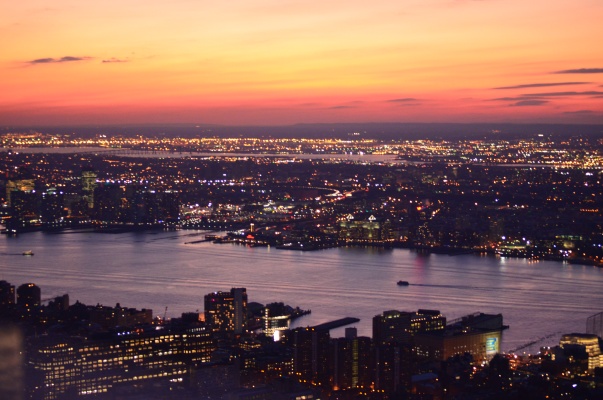 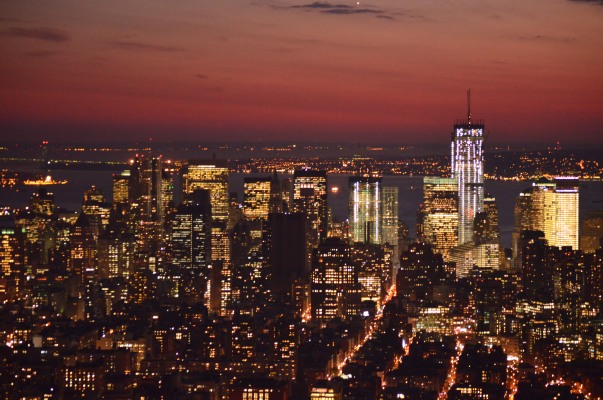 There is wonder in the architectural surroundings of this city. We were successful in being photo-shopped into an image with the Empire State Building in the background. A great family portrait!

On the Great Northern Peninsula it would be difficult to find a building that reaches more than 3 stories. The views are quite different – the homes, water and boats in the background.

Every place I visit, offers something unique – New York is one that will take your breath away.