My friends from Europe quickly found out how the weather can change on the Great Northern Peninsula. There were days when it felt like we experienced the Four Seasons – and I am not talking hotels. 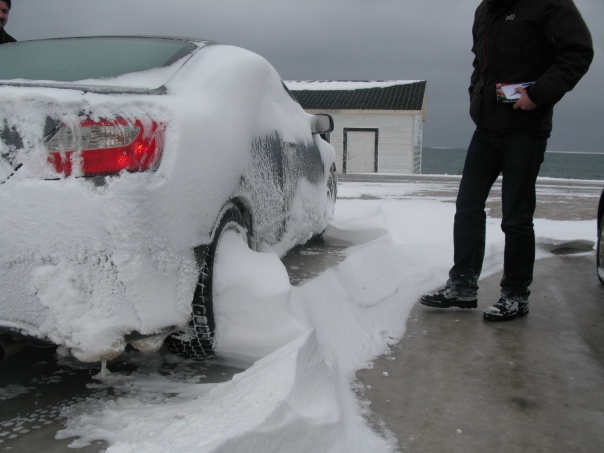 I think gloves were probably in order?

The ice can quickly build as temperatures can be warm to freezing at almost any moment. There were days on the vacation when my friends could see the Strait of Belle Isle start freezing. Although, it is not  until late February or early March that the pack ice typically block the Straits. It often boggles my mind why the Labrador Ferry does not continue its run to St. Barbe longer than mid-January? 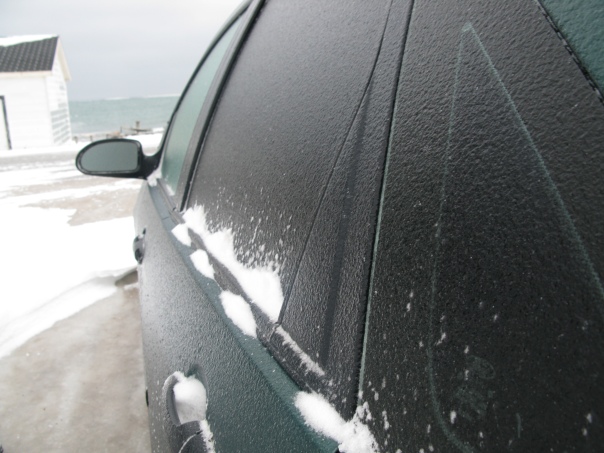 I will have to settle for the beads of ice on my Honda Civic and stare at the power of the ocean – while I dream of the warm sandy beaches of the South. This is just the beginning of the snow, ice and outdoor amusement.

Winter is incredible for the outdoors enthusiast on the Great Northern Peninsula, just make sure you have an ice scraper and brush in your vehicle as it will come in handy.