Got to get me Moose, b’y 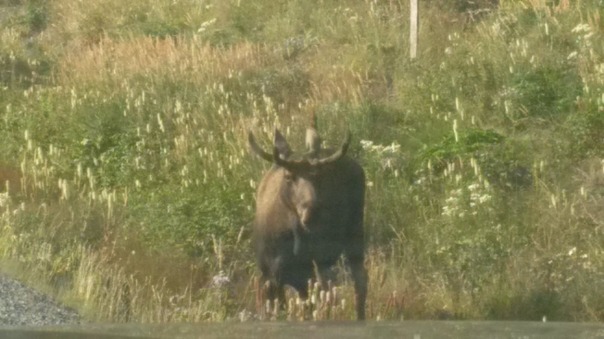 Hundreds of hunters take to the moose management areas this morning in a quest for a hearty animal to provide a winter’s supply of meat as today marks the beginning of the official moose hunting season on the Great Northern Peninsula (the bow hunting season began a few weeks ago). This is a tried and true tradition that has been passed on through many generations. The Mayor of Main Brook was eager to get home last night so he could take to the grounds early morning in hopes to get a moose, my mother sent in a text to me, “getting up early to go moose hunting tomorrow” and many other family and friends were up at dusk. It is almost guaranteed moose hunting photos will dominate my Facebook page for a little while. One thing I’m looking forward to is a feed of fresh moose.

The Great Northern Peninsula may have more moose than people, as Roddickton have coined themselves the “Moose Capital of the World” and various parts of the tip of the peninsula one frequently can get a glimpse of these beautiful animals. Here are some snaps of moose I’ve spotted over the past few weeks:

Last night driving on Route 430 and Route 432, I spotted two moose at roadside. This is a good sign for the hunters today. Good luck and happy hunting!