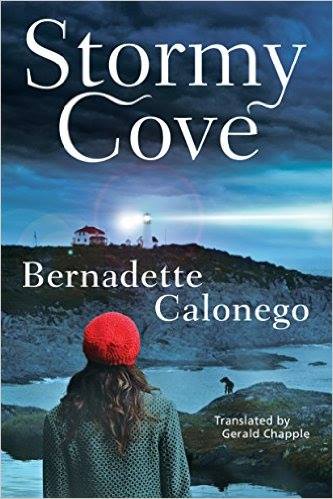 The Great Northern Peninsula is the setting of a new mystery novel by our very own Bernadette Calonego, an author born in Switzerland, who spends her time in British Columbia and Newfoundland. Stormy Cove is her fourth novel. After reading her page turning “Under Dark Waters” about historian digging up the past of a German author and Canadian trapper, while participating in a dangerous mission of uncovering the truth set in British Columbia and the Canadian North. Certainly a novel with storyline and characters that kept you wanting more until the very end. I am even more excited to read this newest work given its affinity to my home.

Her work was published in Germany and it was quite successful. Now in its English version, launched in late May, it can be purchased locally at Shopper’s Choice Pharmacy, St. Anthony; Hedderson`s Store, St. Lunaire-Giequet; Dark Tickle Company, St. Lunaire-Griquet; J and K, Noddy Bay, the Norseman Restaurant and Gaia Art Gallery, L`Anse aux Meadows; Neddie’s Harbour Inn, Norris Point; every book store can order it by visiting  http://www.bernadettecalonego.com/english/ or visit Amazon.com. 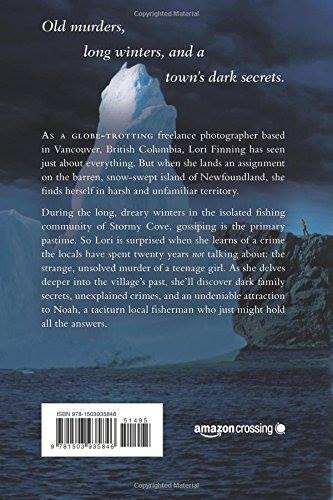 The back jacket reads:

As a globe-trotting freelance photographer based in Vancouver, British Columbia, Lori Finning has seen just about everything. But when she lands an assignment on the barren, snow-swept island of Newfoundland, she finds herself in harsh and unfamiliar territory.

During the long, dreary winters in the isolated fishing community of Stormy Cove, gossiping is the primary pastime. So Lori is surprised when she learns of a crime the locals have spent twenty years not talking about: the strange, unsolved murder of a teenage girl. As she delves deeper into the village’s past, she’ll discover dark family secrets, unexplained crimes, and an undeniable attraction to Noah, a taciturn local fisherman who just might hold all the answers.

Who wouldn’t want to immerse yourself in a novel set on the Great Northern Peninsula that surrounds the mystery of murder and uncovers a tiny town’s dark secrets? I can’t wait to finish it! Happy reading everyone!